Piotr Piotrowski resigns as director of National Museum in Warsaw 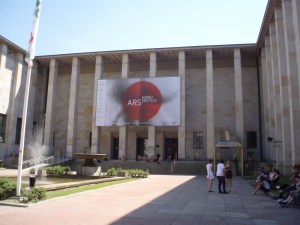 Renowned art historian Piotr Piotrowski has resigned as director of the National Museum in Warsaw after the board of trustees rejected his avant-garde plans to transform the institution into a ‘critical museum.’ Professor Piotrowski, who is the author of Art in the Shadow of Yalta and the winner of the 2010 Igor Zabel Foundation Prize for his contribution to Central and East European art, had planned to ‘develop a new model of the museum, open to the problems of today’s world, [that] could become an alternative to the present institutions of its kind and make the National Museum in Warsaw not a provincial version of great museums, but an independent, major institution of intellectual culture.’ Could the surprise decision of the board not to endorse the programme of the museum’s newly appointed director have something to do with Homoerotica, this summer’s spectacular and daring exhibition about gay and lesbian art in Central Europe?